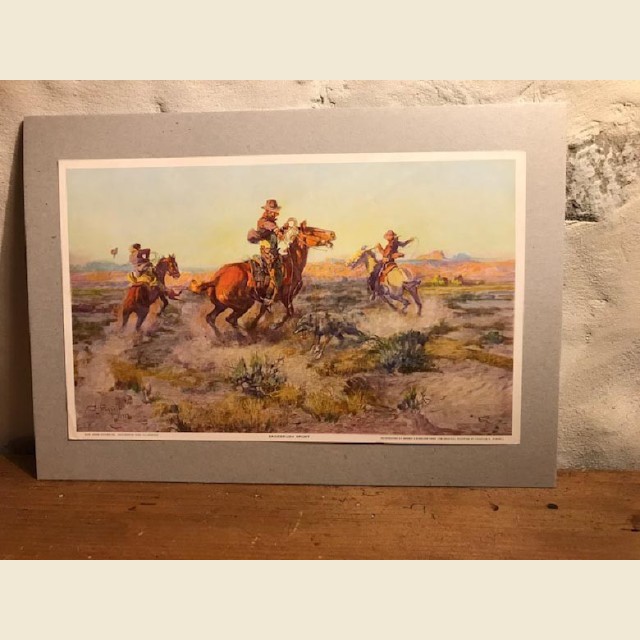 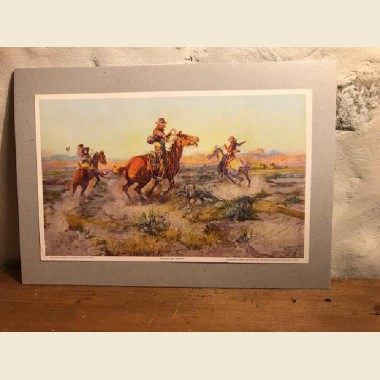 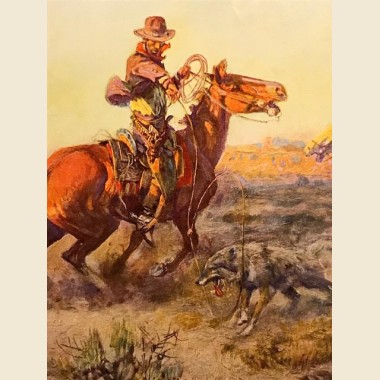 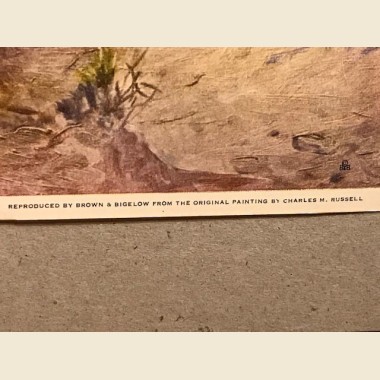 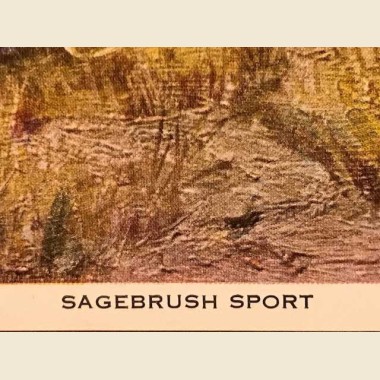 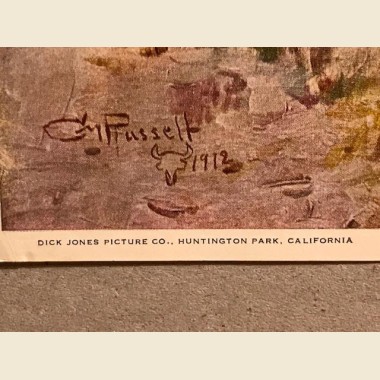 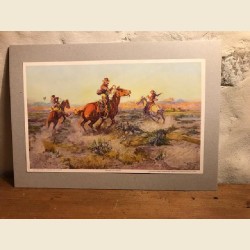 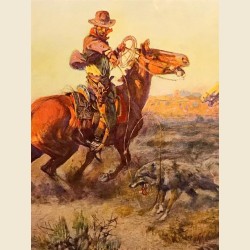 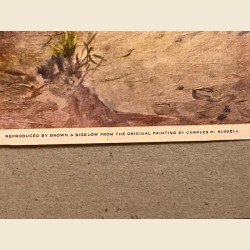 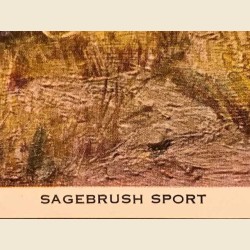 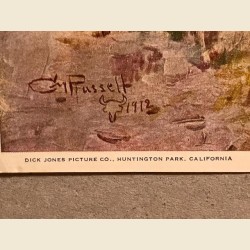 Reproduction by Brown & Bigelow of the original painting by Charles M. Russell "Sage Brush sport", published in the 1930s by Dick Jones Picture Company, Huntington Park, California (Jones was a friend of Russell's in the early 1900s). Excellent state of conservation of the colors thanks to careful storage for several decades. Slight crease mark above the head of the rider on the right. Has never been framed.
Size 22X36cm.