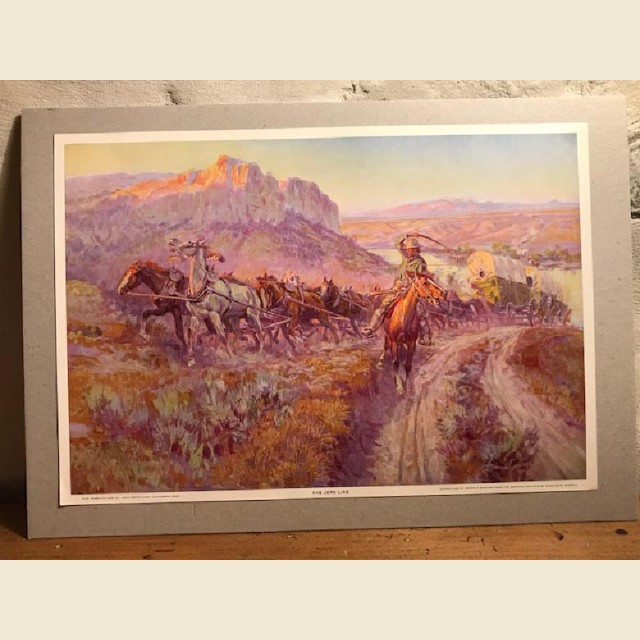 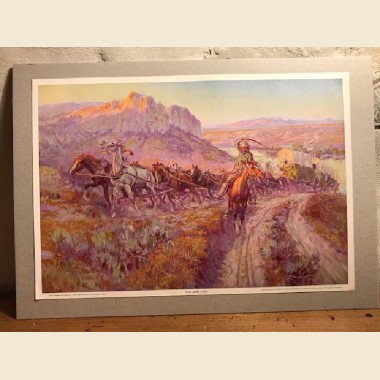 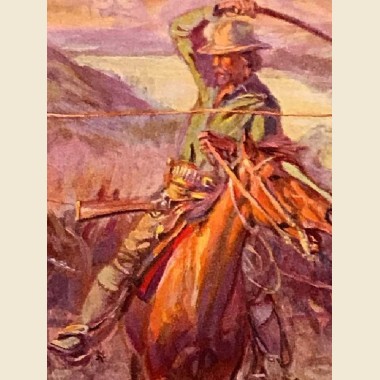 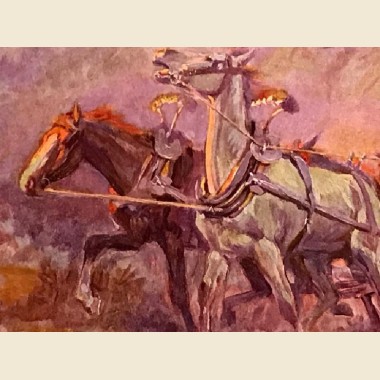 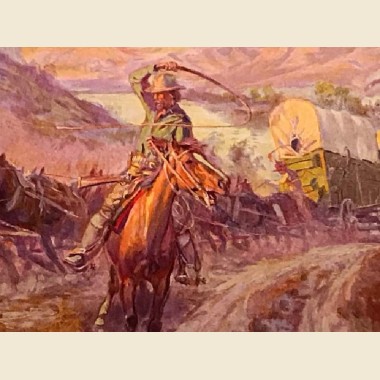 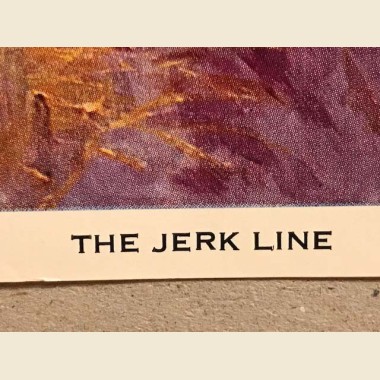 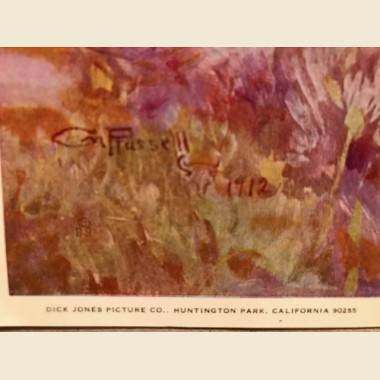 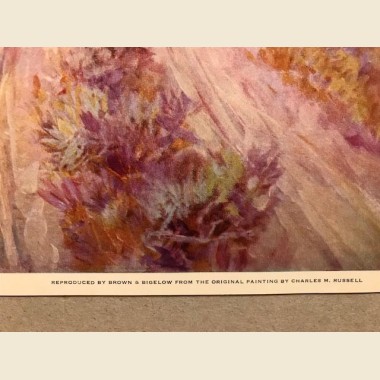 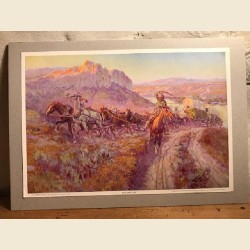 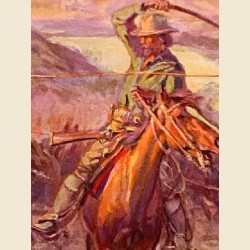 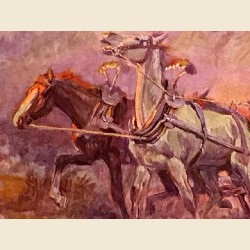 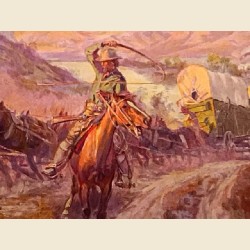 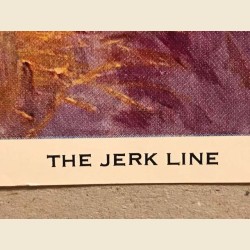 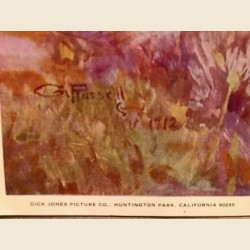 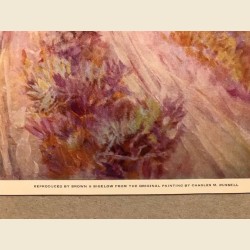 Reproduction by Brown & Bigelow of Charles M. Russell's original painting "The Jerk Line", published in the 1930s by Dick Jones Picture Company, Huntington Park, California (Jones was a friend of Russell's in the early 1900s). Excellent state of conservation of the colors thanks to careful storage for several decades. Has never been framed.
Size 37X25cm.