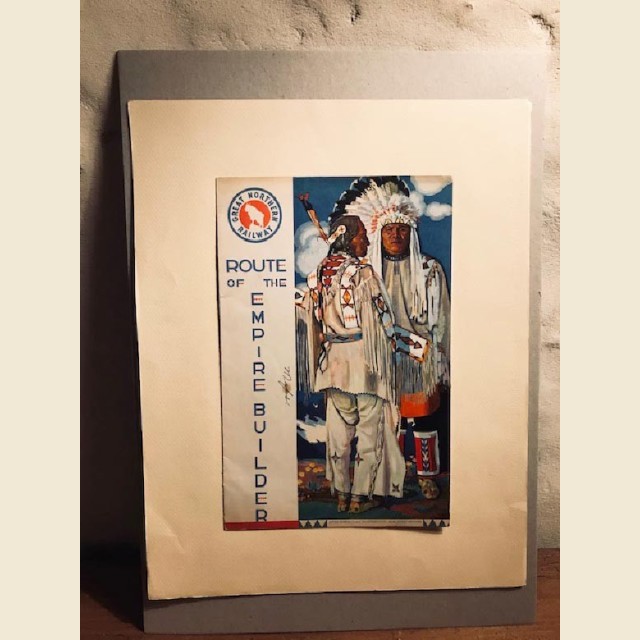 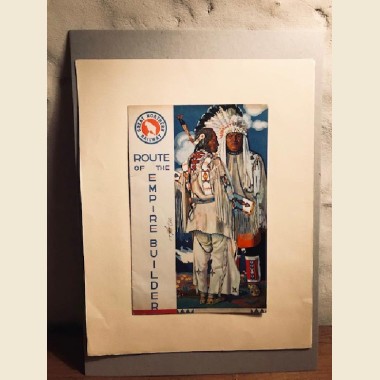 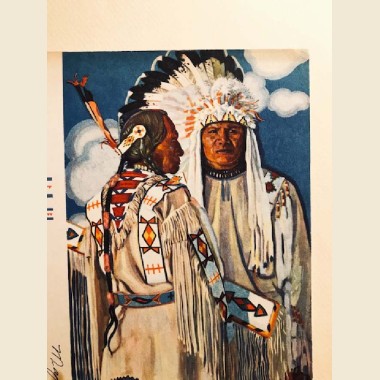 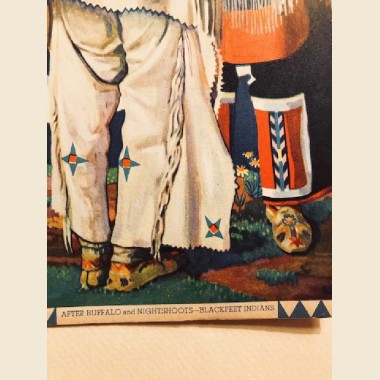 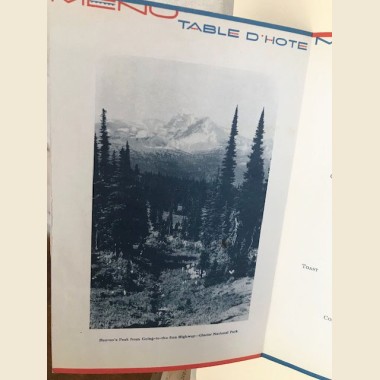 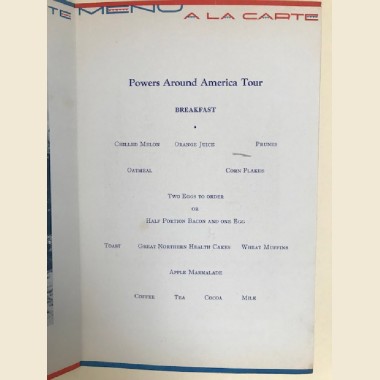 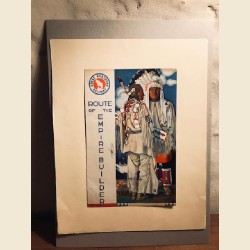 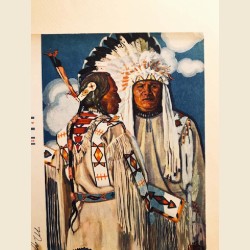 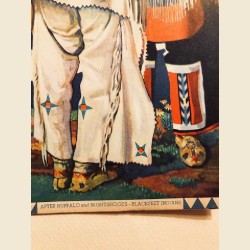 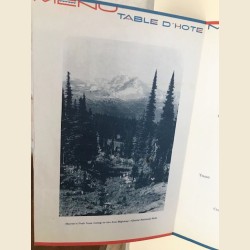 F. Winold Reiss (1886 - 1953) was an American artist and graphic designer of German origin. In 1913, he immigrated to the United States, where he became interested in Native Americans. In 1920, he went west for the first time, working for a long time on the Blackfeet reservation in Montana. Over the years, Reiss painted over 250 works depicting Native Americans. Reiss's paintings became popular from the 1930s when the Great Northern Railway commissioned the artist to produce paintings of Blackfeet Indians which were later used as lithographed reproductions on calendars and journals. company train menus.